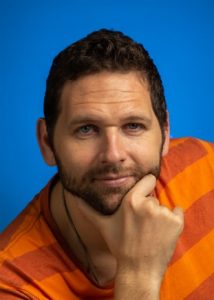 Alan Tenenbaum W. was born in Guatemala City in 1982. From an early age, his three passions have been music, sports and travel, immersing himself in different cultures to learn from life.
​In June, 2008, Alan was born again. A mysterious jump in the pool left him unconscious underwater. Fortunately enough, his family and friends managed to save him just in time, before he drowned or suffered brain damage. However, the accident impacted his spinal cord, leaving him quadriplegic at the age of 26.
​​After the accident there were some very difficult years, both for him and family, but with a positive attitude, patience and a rare combination of metaprograms, he got used to his new life so successfully that one may think the accident was a great catalyzer in his life.

Alan continues to fight every day to seek independence and return to do everything he loves. He is now married and recently became the father of a beautiful baby girl. His novel, On The Morphean Chair, available in English and Spanish, is in its 3rd printing and has allowed Alan to be interviewed in mainstream television in USA. Alan, has also written two children’s books, and is an accomplished motivational speaker. (Webpage)
His mission is to share his story and life lessons, through his books and motivational talks, with the goal of inspiring and touching as many lives as possible, so that people can see their life and problems in  a different perspective and with a more positive attitude.
​Alan's profile: Alan was kind enough to take the Mindsonar evaluation so that we can learn what his Graves drives are, and what metaprograms he uses to thrive in life. 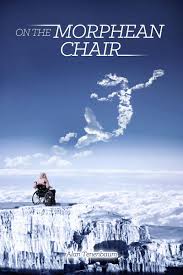 ​The first thing that called our attention was the strong alignment of his Graves and his criteria.  His 3 predominant Graves are “group” drives;  belonging, integration and community, and his first criteria is family.  When we discussed his results, he kept mentioning how family and community helped him get through the most difficult part of his recovery, but also how others in the world can benefit from his experience and his way of coping.  The interesting thing was how he defined family.  To him, family was more than just blood ties; it was also the people that help him every day to do tasks he can no longer do on his own, friends that help keep his spirits up and stand in for relatives when he needs them, strangers who help him when he is out and about and tell him how he has inspired them.  In short his family is his community and whatever he does is to help the world, ¡A very strong purple Graves drive!

His metaprograms are very interesting and aligned with his criteria.  The most predominant one is the ILC, which is not surprising.  To survive and thrive within his limitations, he has to think that he has control over his environment, his attitudes, his decisions, and his actions. He feels he can flourish on his efforts, that his circumstances do not dictate what he can or cannot do.

​The other guiding metaprogram is matching.  This is in agreement with his criteria of gratitude (focusing on the positive in his life) and a positive attitude in order to live his life.  And his meta criteria is happiness.  You need gratefulness and a positive attitude to achieve happiness).  So using this metaprogram keeps his outlook positive.  He kept commenting to me, that things could have been worse.  He could have had brain damage, or be in a comma.  The matching metaprogram allows him to find the positive things in challenging situations, so that he not only just survives, but prospers, much more than others with all of their abilities intact.  It is not surprising that accompanying the matching metaprogram is a high (although not higher) away metaprogram.  Due to his poor mobility, he prepares for difficulties, anticipates problems and is ready to find positive solutions, oddly enough he finds inspiration in thinking about all the possible ways something could be worse.

Alan de​livering one of his keynotes

And to achieve what he has achieved so far, he has used his reactive and procedures metaprograms to analyze, to think about the best way to do things and to stick to his routines.  Being unable to do so many things on his own, time is more precious.  He doesn’t think on wasting it in trying out too many options.  If things are working the way they are, he wants to keep doing them that way.  If they are not, then he has the ability to look for alternatives. He prefers planned change over sudden change and is highly focused on the present.

Yet the most important elements in his life, and that are validated in this evaluation, is family and community.  He lives because they saved his life and they are the guiding force behind all his endeavors.  Without them his life would not be so rich and his desire to succeed would not be as important.

When we first asked Mr. Tenenbaum to fill out a MindSonar profile he mentioned what has become his motto -Teikirizi y pa’lante- (Take it easy and move forward) a motto that was clearly reflected in a combination of reactive thinking style, away from and matching, a not-so-common combination of metaprograms in the MindSonar world.

Take it easy by analyzing what has already happened with a relaxed and pensive attitude, while at the same time inviting you to do something about it -move forward- inspiring motivation by balancing reactive and proactive metaprograms while thinking: -There’s always something that could have been even worse- a clear indicator of his high matching and high away from metaprogram, definitely a combination we can see in every interaction with Alan. He foresees problems and then uses his away-from thinking pattern to leverage his optimism.

During his testimonial conference, Alan describes his neck injury saying, -If that injury had happened one millimeter lower, I would be able to move my hands, but if that injury had happened one millimeter higher, I would be depending on a ventilator, things can always be worse- a clear sign of a combination of away-from and matching thinking styles, a rare combination of thinking styles that has worked as a coping mechanism for Mr. Tenenbaum.

After delivering MindSonar results and a series of conversations with Alan, we can share that Mr. Tenenbaum uses the next thinking model as part of his coping mechanism:

With a high ILC, Mr. Tenenbaum takes his time to analyze what is going on and then takes necessary action always keeping in mind that things could be worse, the latter being a motivator to keep moving forward.

Take-aways for the MindSonar professional

Learning about our own thinking styles will allow us to manage our emotions better and enable us to face crisis using our talents at a full potential.

To learn more about this project, you can contact Jaime and Debbie here. 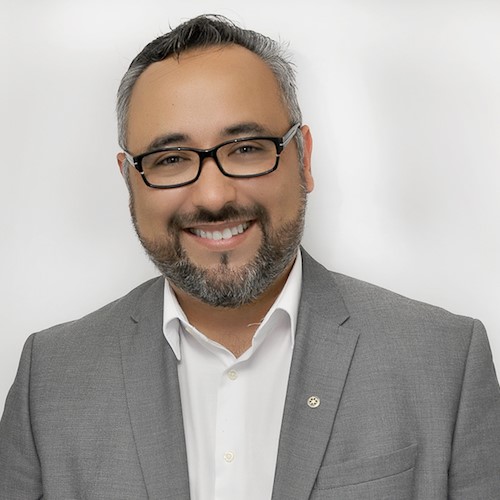 Jaime is a positive psychologist living in Canada. Originally he is from Mexico. He is MindSonar Master Distributor for America. He specializes in what he coined as 'The Emotional Paycheck': how people are motivated by attention and appreciation and not only by money.