MindSonar gives a 30+ page text report, as well as an Excel file (often used to calculate team profiles) and a graphic chart of the results. This is what the chart looks like: 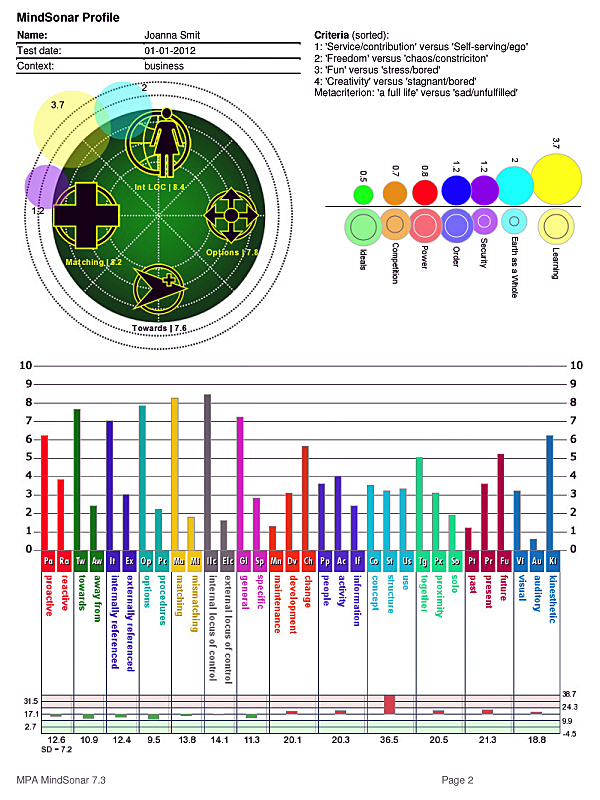 Some points to note about this diagram: