15+ Years on the Global Market
MindSonar is an online tool that measures mindsets: expressing in numbers how people think and what they find important. And we they like to say: that could be very important to you!

MindSonar Inc. was founded in 2000 by Jaap Hollander - a Dutch psychologist and author of 10 books. It is used today by professional team builders, coaches, consultants and HR-people all over the world.

What makes it different, is that it is contextualized and process-oriented. Older tests like DISC and MBTI can unintentionally lock people up in personality boxes. MindSonar is the new profiling, saying: this your mindset in such-and-such situation, and you are so much more.

12 Countries
MindSonar is being used in 12 countries: Canada, USA, Holland, Belgium, Poland, United Kingdom, Spain, Mexico Ecuador, Colombia and Guatemala and Peru. We made over 32.000 personal profiles around the world. It has been used by many prestigious companies and institutions, like BMW, The Dutch Military, AXA Insurance, Dutch Olympic Equestrian Team, a Peruvian Mining Company.

What has Led MindSonar to Change their IT Partner and Approach?
MindSonar was programmed very carefully over the last 15 years and has been quite stable and dependable. It had, however, also become quite complex. Over the years many different people had worked on it, all using different programming languages, different frameworks and different approaches. Hardly any documentation had been maintained or even produced. Part of the system was written in a proprietary framework that only its creators understood.

The problem was, that although it all worked almost perfectly, it was extremely difficult to add new features. Because it was very complex to oversee the origin of data and the consequences of a change. A change in one place might have consequences somewhere else where you had never expected it. A new feature that was estimated to take 3 months, for instance, could easily take 15 months (and then still be unfinished and undocumented).

Going for New Features and Easier Maintenance
So MindSonar, on advice of one of one VStorm mentors, who happens to be a MindSonar Professional himself, finally decided to ask VStorm to rebuild the whole system from the bottom up, using new technologies and frameworks such as Laravel and Vue. We figured that even though that would take about half a year and a lot of money, it would be a worthwhile investment. After the rebuild, MindSonar will be better scalable, better documented and much easier to maintain. Also since Laravel is such a popular framework these days, we would be able to quickly find new developers.

After the rebuild - which is ongoing at the moment - we hope to be able to add many new features to MindSonar in a much more rapid tempo. Which will in turn improve user experience.

The Direct Line between Distributors and ICT Developers
MindSonar has several key distributors in countries like Holland, Canada, Poland and the UK. Vstorm took the initiative to discuss the future of MindSonar directly with these people. A whole host of future features was defined. We are now in the process of grading all these features in terms of priority and development effort. After we totalize these numbers, we will have an agreed-upon agenda for the next 18 months.

The Transformed Value-driven Platform of MindSonar
Jaap has a vision of a world where people get opportunities to learn and to understand themselves and others. He believes this will lead to less frustration and aggression and more creativity and happiness. In an age where algorithms seek to influence people all over the world ever more intensely, understanding people is just about the only thing that makes humans more resistant to these influences. 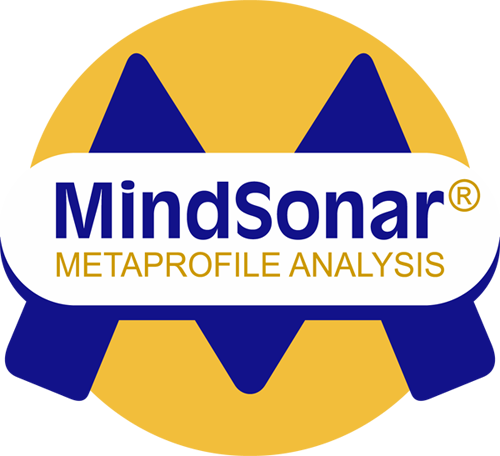 To make people's lives better by offering them an in-depth, non-judgemental tool for understanding themselves and others.

MindSonar’s community mission is to make the lives of MindSonar developers, distributors, trainers and professionals better by creating a supportive community, a steady stream of income and opportunities for personal and business development.

Our ambition is to become the go-to solution worldwide for any professional who needs to understand themselves, the groups they lead, and the organizations they work with. All our training activities are expressions of this mission and support our ambition.

A New IT Experience
We started working with Vstorm at the beginning of 2020, before the lockdown. We expected the IT experience that we had gotten used to over the last 15 years:

We had come to see this as the dominant culture in the ICT world: stern adherene to specs, but no adherence to deadlines. It had aspects of what is called ‘perverse stimuli’ in medicine. Basically: the worse an IT company did their job, the more money they would make eventually. It was not unusual for an IT project to eventually cost ten times what had been estimated. Fortunately, Vstorm turned out to have a new and different culture. By using SCRUM and agile, and by involving our distributors right from the beginning, we now have a better understanding and more control over what’s going on. This has been a pleasant surprise for us.

MindSonar Distributors talking to VStorm
On the left, from top to bottom: Jaap, Antoni, Tomasz, Jaime, Chris and Ian
On the right: list of new features

The Future of Profiling
In the future, large companies and governments - in that order, probably - will gather more and more information about you. Eventually, they will know you better than you know yourself. To some extent, this is already the case. Your supermarket may know you are pregnant before you know it, based on changes they see in your choice of soap products and food. Data science is developing fast. Gathering, storing and analyzing huge amounts of data is getting faster and cheaper all the time. This will shift the balance of power even further away from families, individuals, and small companies. MindSonar says: I will help you understand.

Understanding yourself and understanding the mindset of your group makes you stronger against algorithms trying to influence you. Say you know that you think ‘conceptually’ (one of the 13 metaprograms measured by MindSonar) when you make big decisions. Now it’s election time. And you notice Facebook and Google sending you lots of conceptual messages favoring a certain candidate. Knowing your conceptual preference - in this context - will help you think: ‘Aha! The algorithms are feeding me concepts!’ This may ‘break the spell’.

Some people have said: ‘But you guys work with large companies too!’. And that’s true. But remember: we are reporting to the individual or the team. We are doing our very best to explain to people what we have measured. While algorithms are gathering information about you completely outside your awareness.

Future features
When it comes to future features of MindSonar, short lines of communication will be important. MindSonar loved the meeting between their distributors and VSTORM’s developers that we mentioned before. And we would eventually like to extend that principle to our customers too

Our ambition is to become the go-to solution worldwide for any professional who needs to understand themselves, the groups they lead, and the organizations they work with. From this ambition follow several actions:

If you are looking for a good IT company, we are happy to recommend our new technology partner - https://vstorm.co/