Organisational thinking styles in recruitment and practice – sometimes a contradiction

The culture of an organisation can be a major factor in the sort of people that are attracted to belong to it. This is true whatever the organisation – whether an employer, a club or an educational establishment. I was thinking about this recently after reminiscing about an incident that occurred at the senior school I attended. I attended a school which set out as its values the expectation and encouragement of high educational and personal achievements for every student. The school’s prospectus and other materials made it clear that it aimed to produce future leaders, business owners and other forward and independent thinkers. The governors and staff clearly wanted to attract pupils with ability, initiative, and creativity and who had the same aspirations and the potential to achieve them.

However, the school also had very strict policies on uniform, hair styles, jewellery and suchlike. Pupils who wore the wrong style of skirt, shirt or coat or who had an “extreme” hair style or wore jewellery to school would be reprimanded. The argument given by the school was that pupils needed to give a good impression of the school as a whole, and show both loyalty to and pride of being a part of it. They also expected the pupils (and their parents) to take their word for it that this would make a difference to the pupils’ success in life.

These policies resulted in frequent bouts of rebellion, sometimes supported by the parents. One such incident escalated to the point where coats were confiscated en masse, and many parents writing in to say that they had no intention of forcing their teenager to wear the dowdy prescribed coats. I can’t remember the formal outcome, but I do recall that many pupils continued to wear non-uniform coats generally with the compromise of getting a coat in the school colour.

Such group rebellions were generally small ones, and the overall academic achievement of the pupils remained high.

Thinking about this now in terms of thinking styles, I can see that such clashes were highly predictable. The school was deliberately attracting pupils from families which valued independent thinking and creativity, and so they and their children were likely to have a high level of Internally Referenced thinking and a high Internal Locus of Control. However, the school’s uniform rules were based on an expectation of high level of conformity, a concern about how others perceived the school as a whole, and a belief that they (the school) knew best about how the way a pupil dressed for school would impact on their eventual success. That required a high level of Externally Referencedthinking and an External Locus of Control. This mis-match made some clashes inevitable.

I see similar disjoints in many organisations. Some advertise for strongly independent innovators, creative thinkers and yet have a culture of conformity, especially around dress and appearance. This can result in the employees feeling constrained and restless – and is likely to impact upon performance and retention.

Interestingly, many years after I’d left the school I heard of a pupil whom had been sent by a class teacher to the (new) head teacher because of an “extreme” hairstyle. The head sent her back to the class and told the teacher that, if they wanted pupils who would go on to become leaders, they should encourage independent and creative thinking, not suppress it. What a change from when I was there!

I’d love to hear from anyone else who has seen this, or other contradictions in the thinking styles recruited and the ones best suited to the actual organisational culture. It’s certainly something to look out for when called in to discuss management issues with clients.

As always, please let me know your thoughts on this in the comments below. 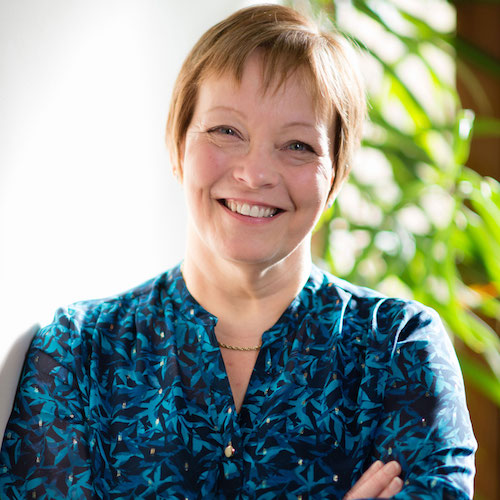 Coach and Therapist, living in the UK. Previously a teacher, a medical researcher and then a senior manager in the public sector. After re-training, Ann entered private practice as a coach and therapist in 2008, co- founding the business Getting You There with her husband, a physical therapist. Her first book “Life in the Driving Seat”, 2016 (Goldcrest books) and is available from Amazon.