Improving Diversity in the Workplace

Esther María de Los Ángeles Micheo Santizo is a Guatemalan athlete, outstanding in her sports career as well as a successful entrepreneur.  María, The Unstoppable <<la imparable>> Micheo, is a unique athlete, who practices different sports, and gives herself to them with passion. She has specifically excelled in Karate, where she holds a Black Belt III Dan (48/51 kg.) obtaining the following triumphs:

In addition, she has participated in 5K and 10K races and half marathon (Antigua, Guatemala 21 km), where she obtained the first places.

She then decided to train in MMA (Mixed Martial Arts), where she participated in  6 fights, winning them all.  After, she began dabbling in boxing, which is her new passion. She is now a professional boxer, has participated in 8 fights, and is the current Champion for the WBC International Absolute Title.

María, in addition to being a successful athlete, is also an entrepreneur. She is the owner and founder of the Micheo Boxing Academy, located in one of the most prestigious shopping centers in Guatemala.

With the arrival of Covid-19, Maria’s business was impacted negatively, and her competition scheduled for July was postponed. This has not stopped the titleholder, who is now teaching virtual classes to her students, and is continuing  with her training for her next fight. To earn additional income, she has launched a startup of heathy cupcakes.

Not surprisingly, this high-performance, enterprising athlete’s predominant Graves Drives, are order and power.

In professional boxing it is very important to maintain and present yourself to a fight with the exact weight. A few grams too many or too few means a penalty for the boxer. The blue Graves Drive keep her disciplined, in shape, and exerts great control in her lifestyle.   Additionally, as an entrepreneur with several businesses, she needs to be disciplined with her time, finances, and consistency. We can also see that her criteria are closely aligned with her predominant Graves. Her preparation and maintaining her exact weight boost her self-confidence.

She is well aware of her reputation and the importance of her name when she wins a fight or is starting up a business with her name.  That is well aligned with her high Power Graves Drive.  It keeps her earning titles and continuing with her training regimen so that when she fights, her name can get a wide audience.

Her highest metaprograms are Towards, Matching, Internal Locus of Control, and Proactive.

Being a high achiever, it is natural that her highest metaprogram is Towards.  She sets goals and focuses on how to reach them, and with high Matching, she sees no obstacles to winning. After establishing her goals, she develops an action plan (Blue Graves), and jumps into action (proactive metaprogram). It is not surprising that her internal Locus of Control is another predominant metaprogram, since she depends on her sense of discipline and her preparation to obtain the best results. However, this Metaprogram changes radically when she is in the ring, according to our conversation: “I only execute what my coach tells me to do, I pay attention to everything, but my coach is the one in control”. While Maria is in the ring, she is attentive to her coach’s vision and opinion, keeping her focus on her goal but shifting to an external reference and external locus of control.  Micheo comments in the interview that one of her mistakes in the past was not trusting her coach, and that not having a coach that she could fully trust, was something that affected her negatively in the past. Today she has managed to overcome her distrust which helps her win more often. It is an interesting mix of Metaprograms for sure!

In addition, her strong options and specific metaprograms allow her to identify the different alternatives during the event, to make quick decisions and achieve her goals.

We deeply thank the Guatemalan champion for allowing us to learn more about the way a champion thinks.  There is no doubt that the combinations of Metaprograms and the emotional intelligence to know how to handle them to her advantage, are part of the sustained success of María Micheo, a talent still in the making.

1 It is important not only to recognize thought patterns, but to understand how our clients use them to manage the criteria. In this sense, the delivery of results and the conversation around them are key.

In her evaluation, her high ILC result changed completely in the conversation, where she made it clear that she has a high ELC when fighting, as she follows the instructions of her coach, she is there just to execute the plan, her Coach has a huge role in control.

•2 Rare/infrequent combinations of thinking patterns can also have positive results.

3 As MindSonar professionals, our thinking patterns also play a role in the analysis of the MindSonar report.

Professionals who conducted the study 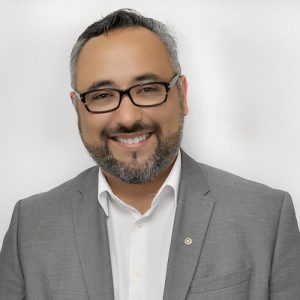 Jaime is a positive psychologist living in Canada. Originally he is from Mexico. He is MindSonar Master Distributor for America. He specializes in what he coined as 'The Emotional Paycheck': how people are motivated by attention and appreciation and not only by money.

You can find out more about which cookies we are using or switch them off in settings.

This website uses cookies so that we can provide you with the best user experience possible. Cookie information is stored in your browser and performs functions such as recognising you when you return to our website and helping our team to understand which sections of the website you find most interesting and useful.

Strictly Necessary Cookie should be enabled at all times so that we can save your preferences for cookie settings.

If you disable this cookie, we will not be able to save your preferences. This means that every time you visit this website you will need to enable or disable cookies again.